See below the wines that the UK's leading wine writers have picked as your 'must discover' for London Wine Fair. 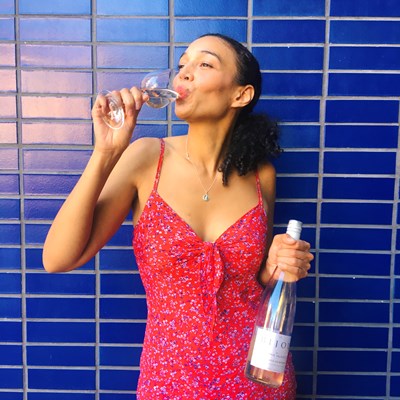 Aleesha is a writer, judge and broadcaster. She writes about wine through the prism of food, travel, culture and lifestyle for publications such as Tatler, Decanter, Ocado Life Magazine, the Independent, Club Œnologique and National Geographic Traveller.

Aleesha often talks about wine and drinks on BBC Radio 4 as well as being resident wine expert on ITV's Love Your Weekend with Alan Titchmarsh.

She is the inaugural winner of the Louis Roederer BAME Bursary, judged by Jancis Robinson, and was shortlisted for the IWSC Wine Communicator of the Year 2022. Outside of wine, Aleesha is proud to be a UN Women UK delegate.

A Social Media wine communicator and presenter, Brad has - with his Instagram show #WineSocial Live - brought the wine world to people’s phones and living rooms over the last few years.

Brad has also been a judge at IWSC, IWEA and 5star Wines in Verona. Has also writes content for producers and wine websites and over the last year has worked with producers to showcase their wines in the UK. He is always looking for incredible stories and enjoys meeting fantastic wine industry professionals and bringing their stories to the wine world and consumers alike. 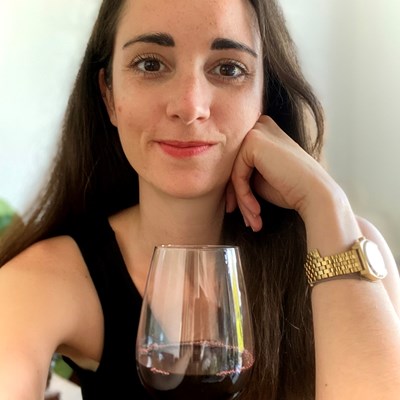 Known amongst her colleagues as the ‘creative one’, Hannah is in her element when experimenting with new ideas in content creation for herself and her clients.

Like many, Hannah’s curiosity for wine grew from working in hospitality. Before turning her hand to social media marketing and solopreneurship, Hannah worked in wine sales, ran tastings and travelled the world making wine as a cellar hand. Her business now focuses on content production, enabling wine brands to engage their customers through visual storytelling.

You can find Hannah on Instagram @the.british.bouchon, or working with the all female group @thewinecollectiveUK. Contact her at hannah@bouchonmedia.com 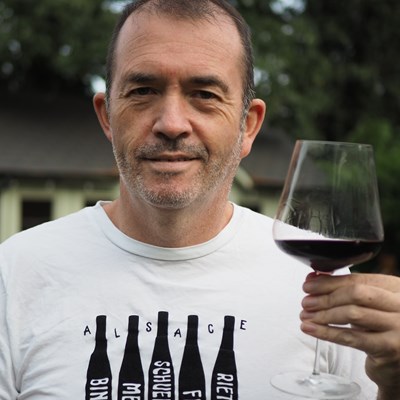 Jamie Goode is a UK-based wine writer, lecturer, wine judge and book author. With a PhD in plant biology, he worked as a science editor, before starting wineanorak.com in 1999, which became a popular wine website. Since 2005 he’s been the wine columnist for UK national newspaper The Sunday Express, and has written regularly for a range of publications. He is active as a speaker/lecturer and also a wine judge, and is one of the co-chairs for the International Wine Challenge. Goode’s books include the The Science of Wine, Authentic Wine, I Taste Red and Flawless. He’s also prolific on Twitter (@jamiegoode) and Instagram (@drjamiegoode). 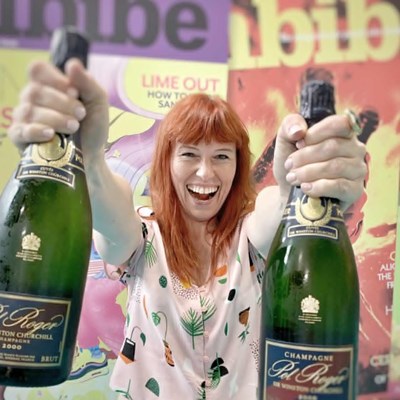 Jane Parkinson is an award-winning wine journalist, broadcaster and author, best known for her role as wine expert on BBC1’s Saturday Kitchen Live.

She is the editor of lifestyle magazine Cherry, international columnist for Halliday magazine, columnist for Stylist and has written two books; Wine: Everything You Need to Know about Fizz, White, Pink & Red and her debut book, Wine & Food.

Jane is well known for hosting consumer and trade events, ranging from large consumer fairs to private corporate dinners to air steward wine training. She is also a regular contributor across all media channels, especially the BBC and Sky, as well as being a vastly experienced judge in both wine competitions and food competitions, here in the UK and internationally. 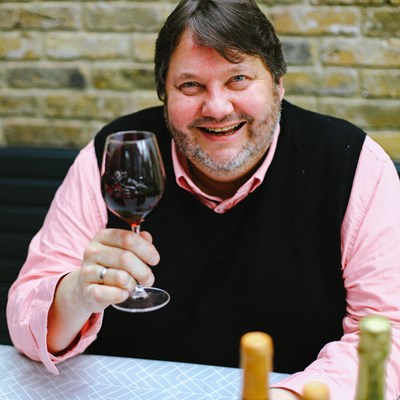 After studying Chemistry at Manchester, Joe went on to study and make wine in Bordeaux, attaining a winemaking diploma.

After a stint helping to run his parents award-winning pub, he was recruited by J. Sainsbury to create a company-wide wine training course. He was promoted to buyer, from where he was head-hunted by Waitrose where he worked as a wine buyer for five years.

During this time, he co-presented TV show, Great Wine Walks. He went on to appear in numerous other shows: Great Food Live; Saturday Kitchen; Ladette to Lady; and Richard and Judy - where he co-authored their hugely successful Richard and Judy Wine Guide. Joe has most recently been co-presenter of BBC Food & Drink with Tom Kerridge and is a wine expert on ITV’s This Morning.

Joe has been a Panel Chair and Judge at The IWC for 25 years and is a regular judge at competitions throughout the world. He was awarded IWSC Communicator of the Year in 2005 and in 2016 – the only person to have won twice. He was also named The IWC’s Personality of the Year award in 2015. 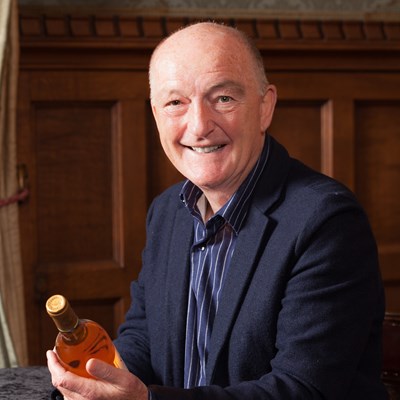 Known throughout the world for his phenomenal palate, irreverent style, accurate predictions and enthusiasm, Oz Clarke is Britain’s most popular wine writer. Alongside his numerous wine industry accolades, he is also the author of a collection of bestselling and award-winning wine books including Bordeaux, Oz and James Drink to Britain, Wine by the Glass and The World of Wine. His latest books – Oz Clarke on Wine: Your Global Wine Companion (Academie du Vin Library), and English Wine: From Still to Sparkling (Pavilion) - are out now. Oz was appointed Officer of the Order of the British Empire (OBE) in the 2020 New Year Honours for services to broadcasting and journalism. 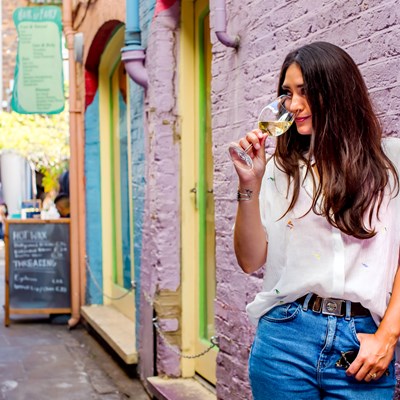 Sophia Longhi is an award-winning wine communicator and wine writer. Over the past few years, Sophia has gained experience in different areas of the wine industry, from pouring wine in a specialist wine bar, to planning and hosting wine tasting events, to creating social media content for wineries. Sophia blogs on her website www.skinandpulp.com and has written for established wine publications, such as The Buyer, Wine-Searcher and Falstaff. Especially passionate about championing women in wine, Sophia hosts a weekly Instagram Live, #WednesdayWineWomen, on her Instagram page @skinandpulp.

Sophia is an ambassador and judge for the People’s Choice Drinks Awards and was featured as one of Wine GB’s Great British Wine Industry Women of 2021. Most recently, she won the IWSC Emerging Talent in Wine Communication Award 2022. 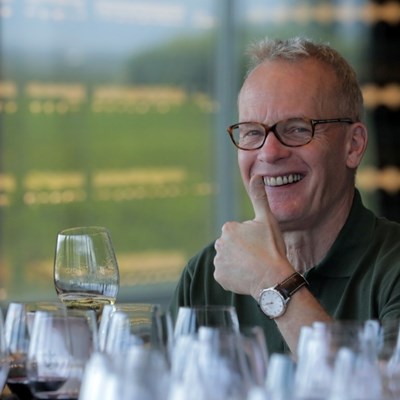 Tim Atkin MW is a UK wine journalist, critic and photographer with an international following and a significant presence on social media. His website timatkin.com and his entertaining weekly newsletter are widely read and re-quoted.

Tim has won over 35 awards for his journalism, including most recently the 2020 Louis Roederer Wine Columnist of the Year Award. He is also a contributing editor to Decanter, writes a bi-monthly column for Harpers and is a co-chair of the International Wine Challenge.

He holds a BA in French Literature and Language from Durham University and an MSc (with distinction) in European Studies from the London School of Economics. He passed the Master of Wine exams at the first attempt in 2001.

Tim will launch his Argentina Report during the London Wine Fair, on 9th June. 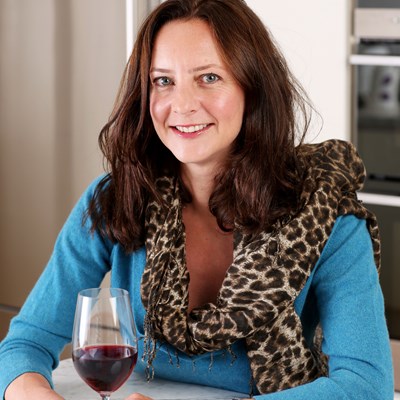 Victoria Moore is the author of the best-selling books The Wine Dine Dictionary and Fried Eggs and Rioja: What to Drink with Absolutely Everything.  A journalist and drink expert, she is the wine correspondent of the Daily Telegraph and Telegraph Luxury and her work has also appeared in the Decanter, BBC Good Food, the Guardian, Olive Magazine and Harper’s Bazaar.  She also acts as a wine adviser, copywriter and consultant and is now working on a project about the sense of smell.

Don't miss out Sign up to the LWF Newsletter